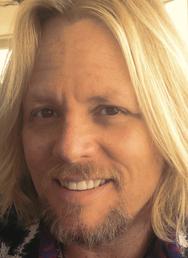 In starting a conversation with Charlie Mills, something becomes very apparent: It’s kinda difficult to define just exactly what it is that Charlie Mills actually “does.” To say he’s had an interesting life would be a bit of an understatement. “My life has been many things. Dull hasn’t ever been one of them”, says Charlie.

Over the past few decades, Charlie has been everywhere from Manhattan (selling Picasso and Warhol at galleries in SoHo), to the Meadowlands (playing drums for Skid Row, opening for childhood heroes KISS and Ted Nugent), to Malmö, Sweden (playing drums for Twisted Sister front-man Dee Snider).

Charlie say’s “I’m blessed to have had lots of opportunities come my way. They’re always exciting, they usually involve friends, and they’ve covered a broad, diverse range of interests. Everything from private fundraising for a pharma company, to operating a home remodeling business, to developing reality television content for an LA-based production company. Obviously, touring, either as a musician, tour manager, or tech. Some adventures were profitable, some not. Some are still in the works, while others are dead on the vine. But I can certainly say, every situation afforded me an opportunity to expand and grow, to meet new people, and to develop new skills. There’s never been a dull moment!”

For the past five years, Charlie has been going down a more introspective path, one that he has close personal ties to. “As someone in long-term recovery from substance abuse, taking altruistic action in helping others to recover has been a cornerstone of my daily life for years. In looking to provide a meaningful, fulfilling, stable life for my fiancé and myself, I’ve been working in a drug and alcohol rehabilitation facility, tasked with networking and building relationships thru-out the NY/NJ area.” Charlie ads “I also have a coaching business, geared towards those in early recovery. While it certainly doesn’t replace treatment or traditional 12-step recovery, it’s an incredibly powerful process in helping to empower people looking to clarify & reconnect to the things in life that bring ultimate passion, deep meaning and fulfillment.”

Charlie is also a founding member of New Jersey Recovery Advocates, a grassroots, Jersey-based team committed to raising public awareness about addiction. Using advocacy thru education, NJRA is taking steps to help end the stigma that currently permeates the public’s perception of addiction, creating empathy, tolerance, and an enhanced atmosphere for those suffering to seek treatment.